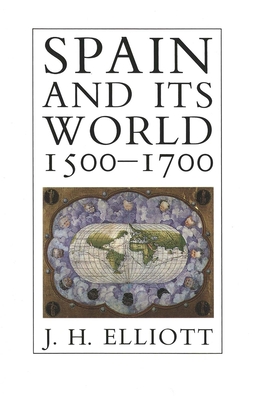 It used to be said that the sun never set on the empire of the King of Spain. It was therefore appropriate that Emperor Charles V should have commissioned from Battista Agnese in 1543 a world map as a birthday present for his sixteen-year-old son, the future Philip II. This was the world as Charles V and his successors of the House of Austria knew it, a world crossed by the golden path of the treasure fleets that linked Spain to the riches of the Indies. It is this world, with Spain at its center, that forms the subject of this book. J.H. Elliott, the pre-eminent historian of early modern Spain and its world, originally published these essays in a variety of books and journals. They have here been grouped into four sections, each with an introduction outlining the circumstances in which they were written and offering additional reflections. The first section, on the American world, explores the links between Spain and its American possessions. The second section, "The European World," extends beyond the Castilian center of the Iberian peninsula and its Catalan periphery to embrace sixteenth- and seventeenth-century Europe as a whole. In "The World of the Court," the author looks at the character of the court of the Spanish Habsburgs and the perennially uneasy relationship between the world of political power and the world of arts and letters. The final section is devoted to the great historical question of the decline of Spain, a question that continues to resonate in the Anglo-American world of today.

"In sum, scholars, students, history aficionados, and even policy-makers will find that Elliott offers valuable insights on the early modern world that speak to our own as well."—Roger Louis Martinez, The Americas
— Roger Louis Martinez