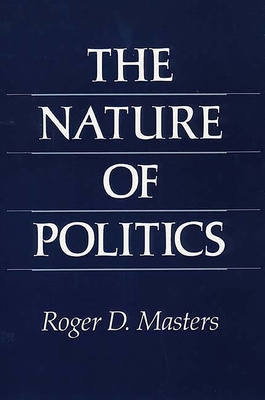 The Nature of Politics (Paperback)

This important and original book examines the nature of politics from a perspective cutting across conventional academic disciplines.  Returning to the traditional emphasis on human nature as the foundation of politics, Roger D. Masters links major issues in Western political philosophy with contemporary research in the life sciences.  By relating evolutionary biology, social psychology, linguistics, and game theory to politics, Masters proposes a framework for the emerging field of biopolitics.

Masters shows how selfishness and altruism, participation in social groups, languages and cultures, and politics can all be illuminated by empirical evidence from the life sciences.  To explore the nature of the human individual, for example, he presents experimental evidence indicating that the psychology of Plato is more exact than the traditions of Hobbes, Locke, and modern behaviorism.  Cultural evolution is viewed as a process based on the emergence of human language as a system of information coding and transmission similar to the genetic system but not reducible to genetic determinism.  Analyzing the origin of the centralized state, Masters relates contemporary theories of natural selection to the study of social cooperation in political philosophy, game theory, and history.

This ambitious work, the fruit of more than twenty years of theoretical and experimental research, seeks to overcome the gap between the natural and social sciences.  In addition, it offers a reasonable basis for judging, political institutions and ethical standards.  Challenging the nihilism and relativism that have predominated in the West over the last century, Masters indicates why an evolutionary approach to human nature provides reasons for preferring a constitutional regime to autocratic or tyrannical governments.  By viewing politics in terms of the kinds of social participation typical within our species for millions of years, this “new naturalism” can help us to formulate decent and humane standards of social life while providing a scientific foundation for the study of political behavior.
or
Buy Here
Copyright © 2020 American Booksellers Association