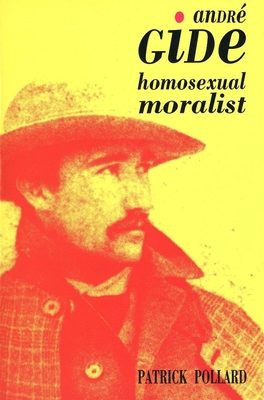 Andre Gide, renowned French essayist, novelist, and playwright, was also a homosexual apologist whose sexuality was central to the whole of his literary and political discourse. This book by Patrick Pollard—the first serious study of homosexuality in Gide’s theater and fiction—analyzes his ideas and traces the philosophical, anthropological, scientific, and literary movements that influenced his thought.

Pollard begins by discussing Corydon, a defense of pederasty that Gide felt was his most important book. He then provided a historical and analytical survey of books that contributed to Gide’s perception of homosexuality, including works on philosophy, social theory, natural history, and medicolegal questions. Pollard goes on to investigate works of fiction—ancient and modern, European and Oriental—in which Gide saw homosexual elements. He concludes by considering the homosexual themes in Gide’s own works, analyzing the ways that Gide constantly tried to resolve conflicts between nature and culture, hypocrisy and honesty, corruption and sound moral judgment, anomaly and conformity, and sexual freedom and religious constraint.

The book provides a new perspective on Gide’s work, a reconstruction of the moral and intellectual climate in Europe at the beginning of the twentieth century, and a substantial contribution to the cultural history of homosexuality.