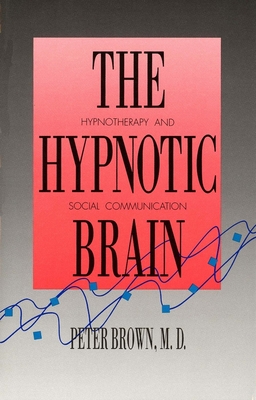 Hypnosis has recently experienced a surge of popularity in the scientific community and the general public and is currently being used to deal with a wide range of disorders. IN this elegantly written book, Dr. Peter Brown draws on the latest developments in cognitive psychology, anthropology, ethnology, and neuroscience to offer a new explanation for how hypnosis works and how it can be applied.

Brown argues that the ability to hypnotized and be hypnotized is closely related to brain functions that are uniquely human—especially to our ability to communicate with others. He begins by looking at the way communication has evolved, especially our use of facial expression and the tonal aspects of speech to synchronize interactions. These features were particularly important for the transmission of culture in oral societies before the advent of writing. He next considers the changes the brain undergoes during hypnosis, proposing that hypnotherapy can be understood as the interaction between two fundamental brain functions: the rhythmic alteration in level of consciousness that the brain undergoes throughout the course of the day, and the capacity to use metaphor, imagery, and analogy to understand ourselves and the world. Brown discusses some of the clinical uses of hypnotherapy, in particular the exploration of multiple personality disorder (which can be characterized as spontaneous self-hypnosis as a means of coping with trauma) and the role of hypnosis in treating medical illness. In his final chapter he deals with how language may be used in hypnotherapy, with examples from the work of eth late Milton Erickson, one of the most influential clinicians and teacher sin contemporary hypnosis.