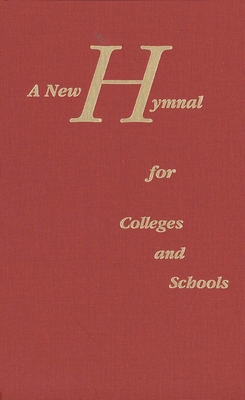 A New Hymnal for Colleges and Schools

A New Hymnal for Colleges and Schools is a nondenominational, ecumenical collection of over 400 hymns and 100 psalms designed especially for worship services in academic communities. Hymns and spiritual songs are drawn from many countries and many different traditions. A number of hymns appear in their original languages, as well as in English translations.

Throughout the hymnal, gender-inclusive language is used wherever possible. The psalms, for example, depend heavily on inclusive-language versions prepared by the United Methodist Church and the National Council of Churches. Also included are many hymns written in the past quarter-century, as well as new texts and music commissioned especially for this collection. The ample selection of hymns by Americans includes the work of hymn writers, composers, and authors such as Aaron Copland, Emma Lou Diemer, Alice Parker, Virgil Thomson, Richard Proulx, Robert Frost, and John Updike.

Jeffery Rowthorn, hymn writer and liturgist, was for many years chapel minister at The Yale University Divinity School and is now suffragan bishop of the Episcopal Diocese of Connecticut. Russell Schulz-Widmar is professor of church music at the Episcopal Theological Seminary of the Southwest and director of music at the University United Methodist Church in Austin, Texas.
Loading...
or
Not Currently Available for Direct Purchase