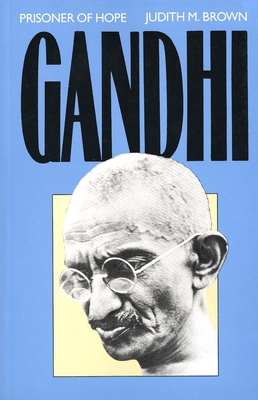 The definitive biography of one of this century’s most important—and controversial—figures. Drawing on sources only recently made available, Judith M. Brown sketches a fresh and surprising portrait of Gandhi within the context of his time, in which the Indian leader emerges as neither a plaster saint nor a wily politician, but as a complex man whose actions followed honorably from his convictions.
"This is the best biography of Gandhi so far and deserves to be read by everyone interested in him and in modern India."—Bhikhu Parekh, New Statesman and Society
"Judith Brown has written the most systematic, balanced, and clear biography of Gandhi I have yet seen."—Howard Spodek, Annals of the American Academy of Political and Social Science
"In fascinating detail, Brown chronicles the fate of nonviolent tactics in South Africa and, after 1915, in India, where Gandhi—now clad in loincloth and sandals—quickly became a patriotic hero."—Jim Miller, Newsweek
"It is a superb book, elegantly written, and I would recommend it to anyone who wants to know more about Gandhi as well as the social context which helped to mould him as a man and a politician."—Tariq Ali, Guardian
"This is as fine an exposition of Gandhi’s religious beliefs as we are likely to get. … [Brown] has clearly established herself as [Gandhi’s] leading interpreter to her generation."—Antony Copley, History Today
Judith M. Brown is Beit Professor of the History of the British Commonwealth at Oxford University.