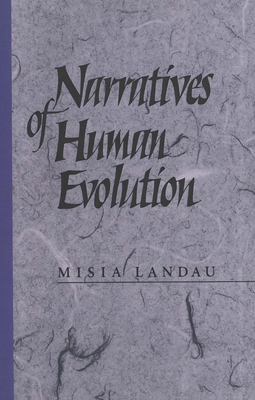 In the notoriously controversial field of paleoanthropology Misia Landau has found a hidden level of agreement among theories of human evolution. According to Landau, these theories are versions of the universal hero tale in folklore and myth. The narratives all have similar structures, featuring a humble hero (in theories of evolution it is a nonhuman primate) who departs on a journey (leaves his native habitat), receives essential aid or equipment from a donor figure (through evolutionary principles such as natural selection or orthogenesis), goes through tests (imposed by competitors, harsh climate, or predators), and finally arrives at a higher (that is, more human) state.

Analyzing classic texts on evolution by Darwin, Keith, and Elliott Smith, as well as more recent authors by scholars such as Dart, Robinson, Tobias, and Johanson, Landau reveals not only their common narrative form but also how this form accommodates differences in meaning—widely varying sequences of events, heroes, and donors. Landau shows how interpretations of the fossil record differ according to what the anthropologist believes it the primary evolutionary agent. She concludes that scientists have much to gain from an awareness that they are tellers of stories. An understanding of narrative, she argues, can provide tools for creating new scientific theories as well as for analyzing old ones. Her book will be entertaining and enlightening for both general readers and scholars.