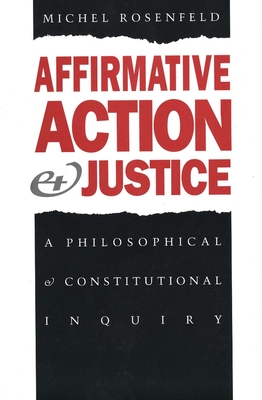 A Philosophical and Constitutional Inquiry

Rosenfeld begins by discussing the treatment of affirmative action under each of the four major philosophical conceptions of equality consistent with the tenets of liberal political philosophy: libertarian, contractarian, utilitarian, and egalitarian. He then examines systematically the Supreme Court’s rulings on affirmative action in light of evolving conceptions of the constitutional right to equal protection. Finally, he presents his new theory. Drawing upon Kohlberg’s principle of justice as reversibility and upon Habermas’ theory of communicative ethics, Rosenfeld advocates adopting a principle that he calls “justice as reversible reciprocity” as the best means to integrate various relevant perspectives and to provide a unified philosophical and constitutional justification of affirmative action.