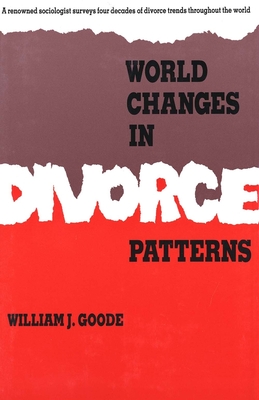 This authoritative book examines current trends in divorce throughout the world, analyzing hitherto inaccessible information on Asian and Arab countries and Eastern Europe, as well as data from Latin America, Western Europe, and the Anglo countries. William J. Goode asserts that these trends over the past four decades challenge previous theories, including his own, first offered in his classic World Revolution and Family Patterns.

Among the topics Goode discusses are how divorce rates in different countries are affected by industrialization, dictatorship, civic standards for nations, and easier divorce laws; the relations between divorce and such factors as age and class; the meaning of the worldwide rise in cohabitation; and why people are becoming less likely to remarry.

In all these divorce systems he points to the problems caused by divorce: how to get child support from ex-husbands, the increase in mother-headed families (even in Arab countries), and the scanty help (if any) governments give to such families. He argues that modern countries with high rates must learn an important lesson from what he calls traditional "stable high-divorce-rate" systems--that divorce is part of the system, and that we must create and support social norms (not only laws) that reduce its harsh effects.

William J. Goode was Giddings Professor of Sociology at Columbia University. Later he taught at Stanford and Harvard Universities. He is a past president of the American Sociological Association and the Eastern Sociological Society, the recipient of many awards, and the author of seventeen books and numerous articles on a wide range of topics.
Loading...
or support indie stores by buying on