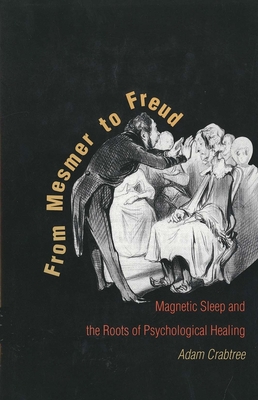 From Mesmer to Freud

Magnetic Sleep and the Roots of Psychological Healing

Adam Crabtree describes how in the 1770s Franz Anton Mesmer developed a technique based on "animal magnetism," which he felt could cure a wide variety of ailments when the healer directed "magnetic fluid" through the body of the sufferer. In 1784 Mesmer's pupil the marquis de Puysegur attempted to heal a patient with this method and discovered that animal magnetism could also be used to induce a trance in the subject that revealed a second consciousness quite distinct from the normal waking state. Puysegur's discovery of an alternate consciousness was taken up and elaborated by practitioners and thinkers for the next hundred years. Crabtree traces the history of the discovery of animal magnetism, shows how it was brought to bear on physical healing, and explains its relationship to paranormal phenomena, hypnotism, psychological healing, and the diagnosis and investigation of dissociative phenomena such as multiple personality. He documents how the systematic investigation of alternate consciousness reached its height in the 1880s and 1890s, fell into neglect with the appearance of psychoanalysis, and is now experiencing renewed attention as a treatment for multiple personality disorders that may arise from childhood sexual abuse.