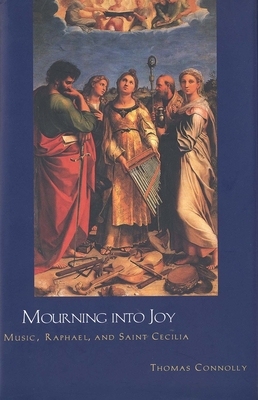 Although Saint Cecilia is venerated throughout the Western world as the patron saint of music and Raphael's famous painting The Ecstasy of Saint Cecilia is filled with musical iconography, the ancient origins of Cecilia's association with music have long been shrouded in mystery. This book, a masterful investigation of the Cecilian cult from its beginnings in Christian antiquity down to the Renaissance, explains how Cecilia came to be linked with music and offers a new interpretation of Raphael's painting.

Thomas Connolly finds the key to the mystery in a theme he identifies as "mourning-into-joy." This theme, rooted in the Bible and in Aristotle's doctrine of the passions of the soul, became prominent in the visual and literary arts as well as in theology and spirituality and expressed the soul's passages between vice and virtue as a conversion of sadness into joy. According to Connolly, this idea strongly influenced the legend and worship of Saint Cecilia, a model for all who sought spiritual transformation. Connolly argues that the medieval mystical mind saw music as an intimate expression of the experiences of conversion and spiritual growth and that the conjunction of spirit and music became crystallized in the figure of the saint. His explanation not only provides a better understanding of Raphael's work and other Renaissance and Baroque art but also clarifies puzzling literary questions concerning Saint Cecilia, such as Chaucer's treatment of her in "The Second Nun's Tale."