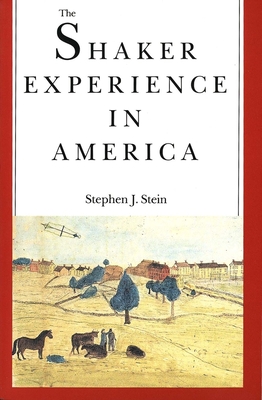 The Shaker Experience in America (Paperback)

A History of the United Society of Believers

The Shakers, once a radical religious sect whose members were despised and harassed by their fellow Americans, have in recent years become celebrated—and sentimentalized—for their communal way of life, the simplicity of their worship, their belief in celibacy, pacifism, and equality of the sexes, and not least, their superb furniture and handicrafts. This monumental book is the first general history of the Shakers from their origins in eighteenth-century England to the present day.

Drawing on written and oral testimony by Shakers over the past two centuries, Stephen J. Stein offers a full and often revisionist account of the movement: their charismatic leaders, the early years in revolutionary New York and New England, the expansion into the West, the maturation and growth of the sect before the Civil War, the decline in their fortunes after the war, the painful adjustments to society Shakers had to make during the first half of the twentieth century, the renaissance of interest after 1950, and the “forbidden topic” within contemporary Shakerism—the conflict between the two remaining villages at Canterbury, New Hampshire, and Sabbathday Lake, Maine. Stein provides many new interpretations of the Shaker experience. He reassesses the role of founder Ann Lee, emphasizes the impact of the western Shaker settlements on the course of the society’s history, and describes the variety of cultural enterprises that have obscured the religious and historical dimensions of the Shakers. Throughout Stein places the Shaker experience within the wider context of American life and shows how the movement has evolved to deal with changing times. Shattering the romantic myth that has been perpetuated about the quaint and peaceful Shakers, Stein portrays a group that is factious, practical, and fully human.

Stephen J. Stein is professor of religious studies, adjunct professor of history, and chair of the Department of Religious Studies at Indiana University.