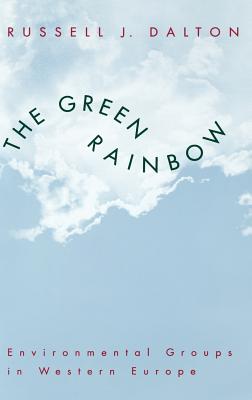 What is behind the greening of European politics, and what is the future of the green movement? This book examines environmental interest groups at the vanguard of the green movement in Western Europe—from Greenpeace and Friends of the Earth to national bird societies and conservation groups—in order to answer these questions.

Russell J. Dalton chronicles the evolution of environmental interest groups from their first mobilization wave in the late 1800s to the present. Drawing on interviews with leaders of nearly seventy major environmental groups in ten countries, he challenges the conventional view of the environmental movement. Dalton argues that environmental leaders are not the political radicals portrayed by their opponents but are advocates of reform. He also finds that green groups are active and varied participants in the policy process. As the green movement has developed, environmental interest groups have helped to define its goals and identity. The environmental movement, says Dalton, has become an advocate for a new green agenda that is reforming the policy priorities of advanced industrial democracies.

Dalton uses his investigation into the green movement to shed light on social movements and social theory. By comparing conservation and ecology groups, he finds that an organization's values strongly influence its political behavior. He concludes that social movements are driven by their ideological views and political identity and that these shape their choice of political goals, their potential for action, and their pattern of behavior.