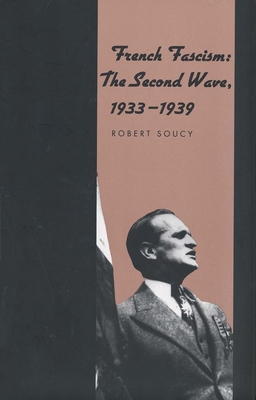 Did fascism have a significant following in France in the 1930s? Were its supporters predominantly from the political right or left? This provocative book, in conjunction with its acclaimed predecessor, French Fascism: The First Wave, demolishes the notion that fascism never took hold in France. Robert Soucy argues that France has a long-standing fascist tradition, one that arose, he argues, more from counterrevolutionary forces on the right than from forces on the left.

Analyzing fascist "double-talk," Soucy underscores the social and economic conservatism of such mass movements as Francisme, the Solidarité Française, the Parti Populaire Français, and the Croix de Feu—as well as the ideological and membership crossovers between them. Examining police reports of the era, he penetrates beneath the "socialist" rhetoric of these movements and describes their financial backing from the steel and electricity industries and the middle- and lower-middle-class constituencies (rather than workers) who provided most of their recruits. Soucy investigates why thousands of French men and women found fascist ideas attractive during this period and what fueled the more authoritarian and brutal aspects of French fascism. According to Soucy, these tendencies (seen most recently in the right-wing activity of Jean-Marie Le Pen's National Front) periodically emerge from perceived threats from "alien" elements in French society—whether they be Communists, Socialists, immigrants, Jews, feminists, hedonists, democrats, or liberals "soft" on Marxism and secularism.

Robert Soucy, professor of history at Oberlin College, is also the author of French Fascism: The First Wave, 1924-1933.
Loading...
or
Not Currently Available for Direct Purchase