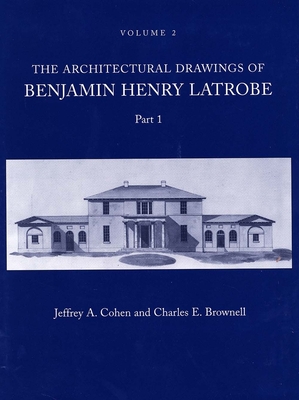 This two-volume set is a comprehensive catalogue of the architectural drawings of Benjamin Henry Latrobe, a key figure in the birth of the architectural profession in the United States. All Latrobe's architectural projects are considered in detail, and each project is illustrated with his surviving drawings. Among the works discussed are the U.S. Capitol, the Bank of Pennsylvania, the Baltimore Cathedral, the Virginia State Penitentiary, the Stephen Decatur house, and numerous other commissions for public and private buildings. The volumes also analyze Latrobe's style of architectural drawing, trace the evolution of his technique, and place his graphic legacy in the contexts of his own architectural work and international currents at the end of the eighteenth century.

The Architectural Drawings represents the final publication of the Papers of Benjamin Henry Latrobe, an editorial project launched more than two decades ago under the direction of editor-in-chief Edward C. Carter II. The series as a whole also includes volumes on Latrobe's correspondence, journals, engineering drawings, and watercolor views of American scenes.

Jeffrey A. Cohen is an associate editor for the correspondence volumes of the Papers of Benjamin Henry Latrobe. Charles E. Brownell is associate professor of art history at the Virginia Commonwealth University. He is a co-editor of Latrobe's View of America.
Loading...
or
Not Currently Available for Direct Purchase