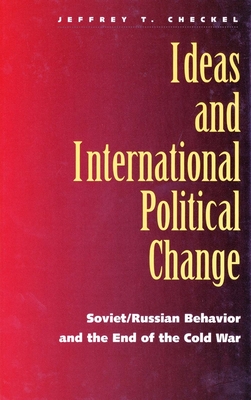 Soviet/Russian Behavior and the End of the Cold War

The remarkable, peaceful end of the Cold War dramatically—and unexpectedly—transformed international politics toward the end of the twentieth century. At the heart of this amazing change was the struggle over new and old ideas. Drawing on rich data from interviews with key Soviet architects of "new thinking" and of Gorbachev-era policy reforms, Jeffrey Checkel offers an absorbing historical narrative of political change in the late Soviet period, along with theoretical insights into the effect of ideas on state behavior.

International structure and domestic institutions account for variations from country to country in how ideas influence state policy, Checkel argues. While a changing international political environment creates opportunities for the carriers of new ideas, these entrepreneurs must operate within domestic institutional settings that sharply affect their ability to influence policy. In the late Soviet period, entrenched assumptions about international politics were close to breaking down, creating a rare opportunity for new thinking. Checkel draws on this analysis of policy change in Soviet Moscow at the end of the Cold War, as well as in post-Soviet Russia, to illuminate the role of ideas in international political change.