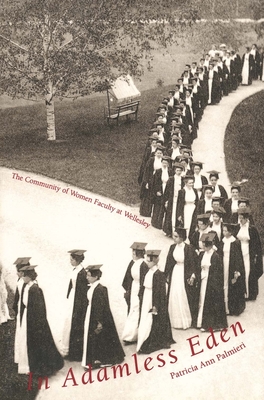 The Community of Women Faculty at Wellesley

One of the most influential women's colleges in the country, Wellesley has educated many illustrious women, from Katharine Lee Bates—author of America the Beautiful—to Hillary Rodham Clinton. Since its origins in the late nineteenth century, Wellesley has had an impact on American history and women's history. The college was unique in its commitment to an exclusively female faculty and much of its intellectual fervor can be traced back to them. This book is an engrossing narrative history of that first generation of Wellesley professors.

Drawing on unpublished diaries, journals, family letters, and autobiographies, on newspapers and magazines, and on official Wellesley College records, Patricia Palmieri re-creates and reinterprets the lives and careers of many of the fifty-three senior women professors of the college. By exploring the family culture, education, and ideology of the "select few," she accounts for the rise of the first generation of academic women in post-Civil War America. Examining Wellesley's social and intellectual milieu, she radically revises standard accounts of the college as a citadel of enlightened domesticity between 1890 and 1920. She shows instead that its separatist women's community encouraged women students to renounce marriage and enter careers of public service, and she links Wellesley's educational climate to the social reform activism of the Progressive Era. In addition, she argues that these academic women formed a collective fellowship, which included many "Wellesley marriages." Ultimately society condemned Wellesley for its "spinster faculty," and by the 1930s the administration began to hire "happily married men." Nevertheless, the contemporary college owes much to the dedication and achievement of its pioneering women scholars.