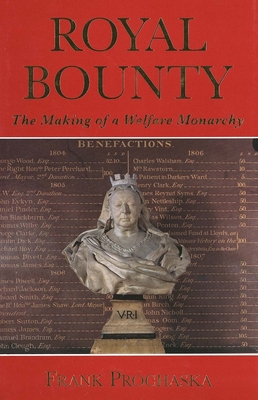 The Making of a Welfare Monarchy

As the constitutional importance of the monarchy has declined, the British royal family has forged a new and popular role for itself as patron, promoter, and fund-raiser for the underprivileged and the deserving. This book—the first to study the evolution of the "welfare monarchy"—tells the story of the royal family's charitable and social work from the eighteenth century to the present.

Drawing on previously unused material from the Royal Archives, Frank Prochaska shows that the monarchy's welfare work has raised its prestige and reaffirmed its importance at the same time that it has brought vitality and success to a vast range of voluntary activities and charities. Prochaska traces the dynamic alliance that has existed between the crown and British civil society over the last 250 years, examining the royals' charitable activities and the factors that motivated them—from Prince Albert, who had a mission to give the monarchy a new kind of influence and moral authority in a period of diminished political power, to King George V and Queen Mary, who were convinced that the monarchy had to combat bolshevism and socialism, to King George VI and Queen Elizabeth, who tried to create a royal image that would unite the nation. Full of fresh perceptions and novel information (including how much money individual members of the royal family have given away), elegantly written, and handsomely illustrated, the book illuminates the royal family's changing role and the transformation of the idea of nobility.