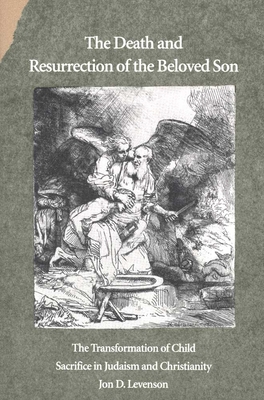 The Death and Resurrection of the Beloved Son

The Transformation of Child Sacrifice in Judaism and Christianity

The near-sacrifice and miraculous restoration of a beloved son is a central but largely overlooked theme in both Judaism and Christianity, celebrated in biblical texts on Isaac, Ishmael, Jacob, Joseph, and Jesus. In this highly original book, Jon D. Levenson explores how this notion of child sacrifice constitutes an overlooked bond between the two religions.
Levenson argues that although the practice of child sacrifice was eradicated during the late seventh and sixth centuries B.C.E, the idea of sacrificing the first-born son (or the late-born son whose preferential treatment promotes him to that exalted rank) remained potent in religious literature. Analyzing texts from the ancient Near East, the Hebrew Bible, the New Testament, and rabbinic literature, Levenson shows how tales of the son handed over to death by his loving father in the Hebrew Bible influenced the Church's identification of Jesus as sacrificial victim. According to Levenson, the transformation of the idea of child sacrifice was central to the accounts given by the people Israel and the early Church of their respective origins, and it also underlay the theologies of chosenness embraced, in their differing ways, by the two religions. Furthermore, the longstanding claim of the Church that it supersedes the Jews, says Levenson, both continues and transforms elements of the old narrative pattern in which a late-born son dislodges his first-born brothers. Levenson's book, which offers novel interpretations of several areas crucial to biblical studies, will be essential reading for scholars in the field.

Jon D. Levenson, Albert A. List Professor of Jewish Studies at the Divinity School and the Department of Near Eastern Languages and Civilizations, Harvard University, is the author of numerous other books.
Loading...
or
Not Currently Available for Direct Purchase