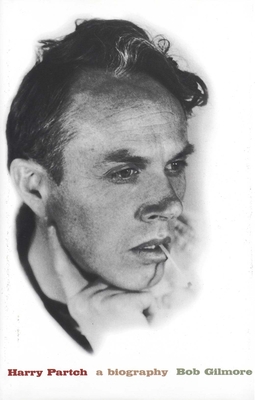 Visionary composer, theorist, and creator of musical instruments, Harry Partch (1901–1974) was a leading figure in the development of an indigenously American contemporary music. A pioneer in his explorations of new instruments and new tunings, Partch created multimedia theater works that combine sight and sound in a compelling synthesis. He is acknowledged as a major inspiration to postwar experimental composers as diverse as György Ligeti, Lou Harrison, Philip Glass, and Laurie Anderson, and his book Genesis of a Music, first published in 1949, is now considered a classic.

This book is the first to tell the complete story of Partch’s life and work. Drawing on interviews with many of Partch’s associates and on the complete archives of the Harry Partch Estate, Bob Gilmore provides a full and sympathetic portrait of this extraordinary creative artist. He describes Partch’s complicated relationships with friends, patrons, the musical establishment, and the world at large. He traces Partch’s upbringing in the remote desert towns of the Southwest, his explosive encounter with formal music education in Los Angeles, and his revolutionary course as a composer that began with an interest in the musicality of speech patterns. After immersing himself in hobo subculture during the Depression, Partch came to occupy a lonely and uncompromising position as a cultural outsider. Richly fascinating in themselves, Partch’s compositions, writings, and life also have much to reveal about American society and the creative impulses of the artistic avant-garde.