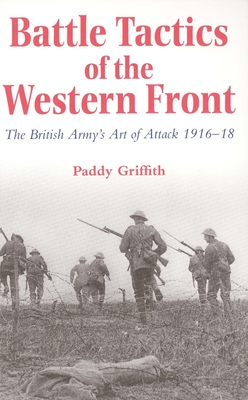 Historians have portrayed British participation in World War I as a series of tragic debacles, with lines of men mown down by machine guns, with untried new military technology, and incompetent generals who threw their troops into improvised and unsuccessful attacks. In this book a renowned military historian studies the evolution of British infantry tactics during the war and challenges this interpretation, showing that while the British army's plans and technologies failed persistently during the improvised first half of the war, the army gradually improved its technique, technology, and, eventually, its' self-assurance. By the time of its successful sustained offensive in the fall of 1918, says Paddy Griffith, the British army was demonstrating a battlefield skill and mobility that would rarely be surpassed even during World War II.

Evaluating the great gap that exists between theory and practice, between textbook and bullet-swept mudfield, Griffith argues that many battles were carefully planned to exploit advanced tactics and to avoid casualties, but that breakthrough was simply impossible under the conditions of the time. According to Griffith, the British were already masters of "storm troop tactics" by the end of 1916, and in several important respects were further ahead than the Germans would be even in 1918. In fields such as the timing and orchestration of all-arms assaults, predicted artillery fire, "Commando-style" trench raiding, the use of light machine guns, or the barrage fire of heavy machine guns, the British led the world. Although British generals were not military geniuses, says Griffith, they should at least be credited for effectively inventing much of the twentieth-century's art of war.

Paddy Griffith is the author of numerous other books on military subjects, including Battle Tactics of the Civil War. Formerly a senior lecturer in war studies at the Royal Military Academy at Sandhurst, England, he is now a freelance author and publisher.
or
Not Currently Available for Direct Purchase
Copyright © 2020 American Booksellers Association