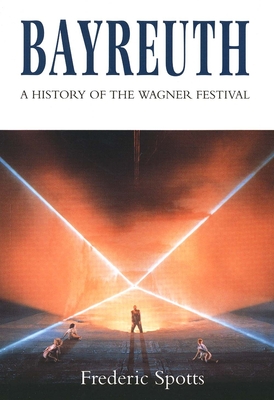 A History of the Wagner Festival

Germany's cultural glory and for a time Germany's political shame: the operatic festival established by Richard Wagner in 1876 is one of the most intriguing phenomena in modern European intellectual history. The oldest and best known of all musical festivals, Bayreuth soon after Wagner's death in 1883 became the center of a reactionary and nationalistic ideological cult. This book is the first to provide a frank and fully rounded account of the institution and the way it operates.

The focus of the study is a critical analysis of the performances and productions, brought alive with photographs and sketches of stage settings, conductors, singers, and costumes from 1876 to 1990. Around this artistic history is woven the remarkable story of why, against tremendous odds, Wagner built his famous Festspielhaus and established his controversial festival and of how his descendants have managed to keep it alive. At the same time, the book traces the institution's association with nationalism and racism, its eventual debasement into "Hitler's court theatre," and its postwar liberation from its chauvinist, anti-Semitic past.

With its own form of Wagnerian Gesamtkunstwerk—linking art, the personalities of the Wagner family, and German ideological development—this provocative study will be compelling reading not only for Wagner enthusiasts but also for anyone interested in European intellectual history since 1876.