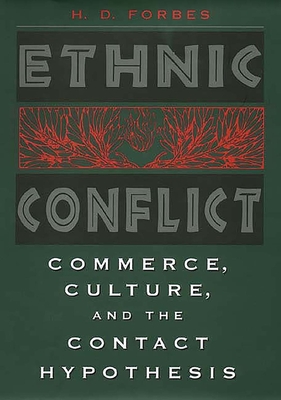 The social sciences offer many insights into the causes of the intense ethnic conflicts that characterize the close of the twentieth century, but they also create obstacles to understanding these baffling problems, contends H. D. Forbes in this important book. Forbes takes a critical look at the "contact hypothesis"—the assumption commonly held by social scientists that increased contact between different ethnic groups gives each group more accurate information about the other and thus reduces friction. By distinguishing aggregate from individual relations, Forbes suggests a way out of the perplexities induced by current social science literature on prejudice and discrimination.

Drawing on studies of the contact hypothesis in sociology and social psychology and on the literature on nationalism and ethnic conflict, this book provides the most thorough review of contact theory available. Scientific research suggests that increased contact between culturally distinct groups in some cases gives rise to more intense conflict. Yet individuals who get to know each other better generally like each other better. Can these apparently conflicting generalizations both be true? asks Forbes. They are, he argues, and he takes contemporary social science to task for failing to show how and why this is possible. The author clarifies the weaknesses of contact theory, develops an alternative "linguistic model" of ethnic conflict, and concludes with penetrating reflections on the politics and methodology of the social sciences today.

H. D. Forbes is professor of political science at the University of Toronto.
Loading...
or support indie stores by buying on