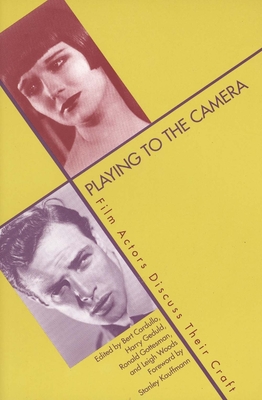 Playing to the Camera

Over the last century, film actors from Charlie Chaplin and Lillian Gish to Meryl Streep and Jeff Daniels have spoken about the art and technique of playing to the camera. This fascinating anthology of their "insiders" observations will delight film lovers and aspiring film actors everywhere.

The book has been edited by four leading film and theater historians, who have brought together selections from periodicals and books (some no longer in print), had some statements or conversations translated into English for the first time, and conducted new interviews with working actors. The book is divided into four parts—"The Silent Performance," "Finding a Voice," "European Acting," and "Hollywood Acting"—each of which is introduced by a brief commentary. This chronological and topical structure allows one actor to talk or argue with another as they offer astute—and often contradictory—opinions on a broad range of theoretical concerns. Among the issues they discuss are stage versus screen performance, the spiritual, emotional, and psychological underpinnings of the actor’s art, and the performer’s response to technical demands and other exigencies of filmmaking. The book, which also includes an insightful general introduction, film biographies of the actor-authors, and aptly chosen movie stills, is an essential resource—one that gives us, says Stanley Kauffmann, "the mapping of a new territory in art."