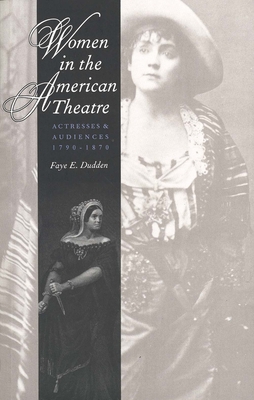 Women in the American Theatre

The first time a villain ever tied someone to the railroad tracks, in a nineteenth-century play entitled Under the Gaslight, it was a man who was tied down and a woman who cut him loose. In spite of the era's commonly held assumption that woman's place was in the home, the presence of actresses on stage and the roles that some of them played defied traditional stereotypes of submissive femininity. Around the same time, however, women in the theatre were being reduced to passive sex objects by the new "leg shows" flourishing on the New York stage. This book deals with theatre's two standing offers to women--transformation and objectification--during the period when the American entertainment industry was taking shape and the first women's rights movement emerged. Through a series of vivid biographical sketches of female performers and managers, Faye Dudden provides a provocative discussion of the conflicting messages conveyed by the early theatre about what it meant to be a woman.

According to Dudden, theatre in the early republic was predominantly an aural experience and a marginal, fly-by-night operation, and women were able to find opportunities for successful careers as performers and managers. But after 1860, as the theatre was organized by entrepreneurs into a more systematic, profit-seeking enterprise, women's opportunities narrowed. They were increasingly excluded from management, and the commercial popularity of visual spectacles focused attention on their bodies rather than on their acting abilities. Dudden's lively study thus provides new insights into the relations among gender, popular culture, and American capitalism, showing how women became products in the entertainment marketplace even as they sought increased freedom in their everyday world.