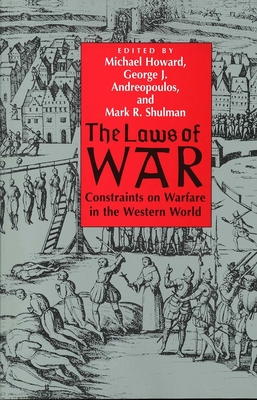 The Laws of War (Paperback)

Constraints on Warfare in the Western World

This book explores not only the formal constraints on the conduct of war throughout Western history but also the unwritten conventions about what is permissible in the course of military operations. Ranging from classical antiquity to the present, eminent historians discuss the legal and cultural regulation of violence in such areas as belligerent rights, the treatment of prisoners and civilians, the observing of truces and immunities, the use of particular weapons, siege warfare, codes of honor, and war crimes.

The book begins with a general overview of the subject by Michael Howard. The contributors then discuss the formal and informal constraints on conducting war as they existed in classical antiquity, the age of chivalry, early modern Europe, colonial America, and the age of Napoleon. They also examine how these constraints have been applied to wars at sea, on land, and in the air, planning for nuclear war, and national liberation struggles, in which one of the participants is not an organized state. The book concludes with reflections by Paul Kennedy and George Andreopoulos on the main challenges facing the quest for humanitarian norms in warfare in the future.