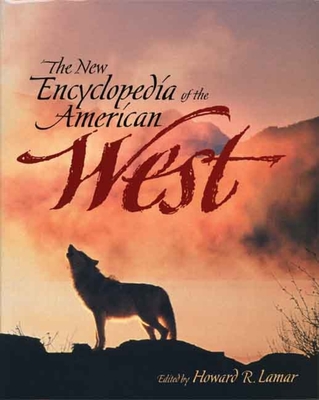 The American West is an evocative term that conjures up images of cowboys and Indians, covered wagons, sheriffs and outlaws, and endless prairies as well as contemporary images ranging from national parks to the oil, aerospace, and film industries. In addition, the West encompasses not only the past and present of the area west of the Mississippi but also the frontier as it moved across each of the fifty American states, offering the promise of freedom and a better life to pioneers and settlers in every era. This authoritative, comprehensive, and lavishly illustrated single-volume encyclopedia is a rich source of information about these many American West, real and imaginary, old and new, stretching from coast to coast and throughout the country’s history and culture.


The encyclopedia, a thoroughly revised and expanded version of Howard Lamar’s acclaimed twenty-year-old Reader’s Encyclopedia of the American West, consists of more than 2,400 entries in alphabetical order by more than 300 contributors, along with over 600 illustrations and maps (four times more than in the original edition). The book includes articles by such authorities as Leonard J. Arrington on Mormonism, Anne Butler on prisons and prostitutes, John Mack Faragher on the fur trade, California, and television and radio westerns, Martha Sandweiss on photography, and Ron Tyler on western prints.


Among the other topics covered are:

the formative period of each state;

the diplomacy of American expansion;

pivotal women such as Sacagawea, Annie Oakley, and Willa Cather;

novelists, artists, and filmmakers and the real and fictional people they turned into mythic heroes or villains;

and conservation and wildlife issues.


The West continues to be a symbol of both America’s frontier past and its troubled future. This book is an indispensable introduction to its endlessly fascinating story.