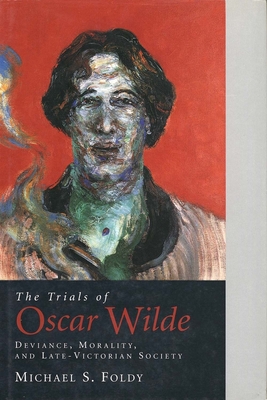 The Trials of Oscar Wilde

Following Oscar Wilde's 1895 trials for committing "acts of gross indecency with men," he lost his freedom, his family, his reputation, his will to create, and even his will to live. This book sets out to examine what it was about late-Victorian society that allowed this to happen, indeed needed it to happen, and what the trials tell us about the taste and morals of late-Victorian England.
Michael S. Foldy argues that the prosecution of Wilde was directly linked to many larger social, cultural, and political issues that transcended the legal and moral concerns about his homosexuality. Analyzing the trial testimony and the coverage in the press, Foldy considers the various images and metaphors used to describe the threat that Wilde posed to English society, and he investigates the social and cultural contexts that dictated how those images were perceived.
Foldy shows how the public construction of Wilde's identity as "deviant" was both informed and limited by existing heterosexist structures of repression and mechanisms of restraint and by the emergence of a new variant of homophobia. He suggests that Lord Rosebery, the prime minister of the time, may himself have been a homosexual, and that the successful prosecution of Wilde was necessary to prevent a larger and infinitely more damaging revelation. Ultimately, Foldy locates the meaning of the trials within the rhetorical context of the contemporary public debate over the "health" of England—a debate whose terms had been defined largely by moral conservatives—and demonstrates that in a nation that had many reasons to be concerned about its future, Wilde was perceived to represent a constellation of potent threats to the health of British society.