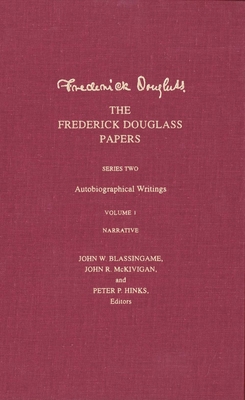 This volume contains the first and most famous of Frederick Douglass’s three autobiographies, Narrative of the Life of Frederick Douglass. First published in Boston in 1845, only seven years after Douglass’s escape from bondage, the Narrative provided the foundation for its author’s antebellum reputation as a writer. Douglass went on to write two more autobiographies, becoming one of a very small number of nineteenth-century Americans to publish more than one account of their lives. His books provide an unparalleled record not only of the events of his life but also of his shifting perceptions of the complex worlds of slavery and freedom that he inhabited. The autobiographies reflect the differences in his age (the first was written when he was twenty-seven, the last when he was in his seventies), his memory, and his objectives at the various times of his writing.

This authoritative edition of Douglass’s first autobiography is comprehensively annotated and is accompanied by reproductions of historical documents relating to its publication and critical reception. The volume includes a series introduction, volume introduction, historical annotation, and appendixes.