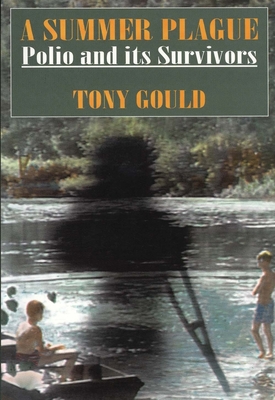 Polio and Its Survivors

Polio—often called the "summer plague"—struck hundreds of thousands of children around the world between its emergence as an epidemic disease in 1916 to its cure in the 1950s. Today, images of children with crutches and leg braces or encased to their necks in iron lungs may be little more than a painful memory. Yet during its height the disease induced panic on a scale reminiscent of the great plagues of history.

This book is the most comprehensive and compelling account of the century's polio epidemics yet written. Interweaving biographical, political, social, and medical history, Tony Gould—a distinguished British writer and himself a polio survivor—traces the rise and fall of the epidemics and describes the individuals who were influential in its treatment and conquest. He tells of Franklin D. Roosevelt, the most celebrated polio sufferer of all, who set up his own hydrotherapy center at Warm Springs in Georgia; John Enders, the Nobel prizewinner who made the crucial breakthrough in the laboratory; FDR's lieutenant, Basil O'Connor, whose "March of Dimes" became a byword for successful fund-raising; Sister Elizabeth Kenny, the larger-than-life nurse from the Australian outback who challenged medical orthodoxy and invented "miracle" cures; and finally the scientific rivals Jonas Salk and Albert Sabin, caught in a dramatic race to produce a viable vaccine. Gould then examines the experience of polio survivors on both sides of the Atlantic, including a moving autobiographical account of his own struggle with the disease and resulting disability.

Although the disease has been eliminated in the West, it has not disappeared: paralytic polio remains a scourge in India, the Far East, and parts of Africa. And there are new worries that fatigue and accelerated muscular weakness—a "post-polio syndrome"—has come to afflict survivors three or four decades after the initial attack. Gould's powerful book, published forty years after the successful trial of the Salk vaccine, helps us to understand the savage and continuing impact of polio.

Tony Gould is a writer, critic, and former books editor of New Society. His most recent book is Death in Chile: A Memoir and a Journey.
Loading...
or support indie stores by buying on