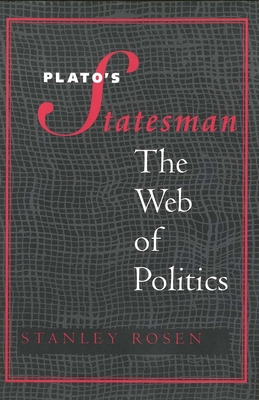 The Web of Politics

In this book an eminent scholar presents a rich and penetrating analysis of the Statesman, perhaps Plato's most challenging work. Stanley Rosen contends that the main theme of this dialogue is a definition of the art of politics and the degree to which political experience is subject either to the rule of sound judgment or to technical construction.

The Statesman, like Plato's earlier Sophist, features a Stranger who tries to refute Socrates. Much of his conversation is devoted to a minute analysis of the art of weaving, selected by the Stranger as a paradigm of the royal art of politics, for he conceives of the city as an artifact. But the Stranger's successive efforts to find a method for defining the art of politics are failures, because there is no fitting model or technique of measurement by which to grasp politics that includes within its scope the totality of human existence—there is, suggests Plato, no technical construction of politics. Rosen reflects on the relevance of Plato to contemporary debates about political reconstruction on the one hand and about the deeper issue of the supposed end of modernity on the other. He argues that, far from being the father of essentialism and the reification of human nature, as others have suggested, Plato elaborates a rhetoric of politics as self-defense against nature. Just as weaving produces clothing to protect the body against the elements, so the statesman must produce myths or local models to protect the soul against the body.