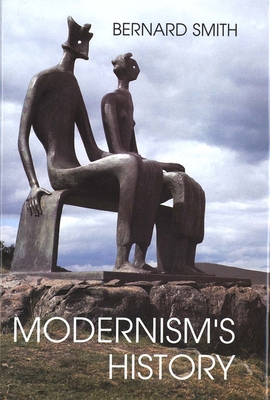 A Study in Twentieth-Century Art and Ideas

The history of twentieth-century visual arts can no longer be written as a succession of avant-garde movements, contends eminent art historian Bernard Smith in this stimulating book. He argues that a return to the concept of period style is inevitable and that modernism—the dominant “style” of art that emerged at the end of the nineteenth century and continued through the 1960s—deserves recognition as a period style. Smith renames this period Formalesque since it is no longer modern and since it emphasizes the formal values of art more than any previous period does.

In a wide-ranging reformulation of art history in the twentieth century, the author defines the nature and development of Formalesque—an avant-garde style that arose between 1890 and the First World War, was institutionalized between the world wars, and flourished anew between 1945 and 1960. Identifying the Formalesque period, says Smith, makes it possible also to identify dialectical adversaries, such true oppositional avant-garde styles of the twentieth century as Dada, Surrealism, and the Neue Sachlichkeit. These constitute the formative elements of the modernism—now called postmodernism—that became increasingly dominant after 1960. The author locates twentieth-century artistic movements and developments in a broad cultural context and concludes with a thought-provoking examination of the relation between the Formalesque and European and American cultural imperialism.

Bernard Smith is president of the Australian Academy of the Humanities. He is the author of European Vision and the South Pacific and Imagining the Pacific: In the Wake of the Cook Voyages and coeditor of the three-volume set The Art of Captain Cook’s Voyages, all published by Yale University Press.