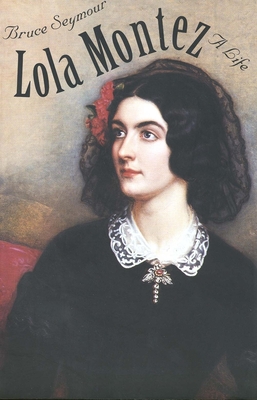 The exploits of Lola Montez—onstage as a dancer and an actress, in politics as a power behind thrones, and in bedrooms around the world—made her one of the best-known women of the Victorian era. Born Eliza Gilbert, daughter of British and Irish parents, she transformed herself into an aristocratic Spanish dancer, carrying on an audacious masquerade that took her to Europe, America, and Australia and attracting admirers and scandal wherever she went. When she died in 1861 at age forty, her obituary appeared in papers around the world. Yet her true story has always been obscured by the web of lies she constructed about herself. This absorbing and entertaining biography of Lola Montez is the first to reveal the facts of her incredible life.
Drawing on unpublished archives from four continents, Bruce Seymour describes Lola's disastrous early marriage to her mother's admirer, her many romantic liaisons after she left her husband, her disappearance to Spain when she was about to be sued for divorce, her reappearance as a Spanish noblewoman and dancer, and her love affairs with, among others, Franz Liszt. Seymour has been able to use the recently discovered intimate correspondence between Lola and King Ludwig I of Bavaria to recount how she won the heart of the aging king, how she was driven from the kingdom by an enraged mob, and how Ludwig ultimately abdicated because of her. Seymour presents an unretouched portrait of a woman of contradictory parts--a woman who was beautiful, intelligent, and courageous but was also monstrously egocentric and manipulative, and who was above all an independent woman ahead of her time.