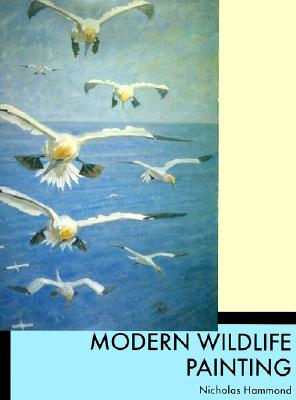 During the past century the western world has shown an unprecedented interest in wildlife and its identification and conservation, and the art of the era has both stimulated and reflected this interest. This stunning book examines the various forms of wildlife art—from photographic hyper-realism to the abstract—each illustrated by paintings or prints that best represent the genre.

Nicholas Hammond points out that in the nineteenth century, wildlife art was primarily of interest to the wealthy, and animals were commonly depicted in paintings as quarry or as fierce beasts at odds with humans. Now artists are more likely to focus on the vulnerability of animals to people in order to further the cause of their conservation and the preservation of their habitats. Hammond provides a masterly analysis of the wildlife art of this century, discussing the differences in the traditions of North American and European wildlife art; changes in printing processes over time; the growth of illustrated magazines; the establishment of commercial galleries; and the changes in styles and approaches. He then presents a survey of artists from Bruno Liljefors and Archibald Thorburn to Chagall and Picasso. The book concludes with a selection of brief biographies of the more influential artists of the century, including most of those whose work is depicted in the preceding pages. More than 140 paintings or prints are reproduced in color, representing the work of 89 artists.

Nicholas Hammond is a former editorial director of the Royal Society for the Protection of Birds (RSPB) and a corresponding writer for Wildlife Art.