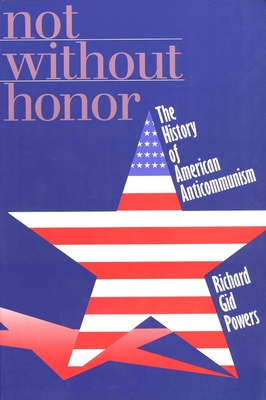 The History of American Anticommunism

The American anticommunist movement has been viewed as a product of right-wing hysteria that deeply scarred our society and institutions. This book restores the struggle against communism to its historic place in American life. Richard Gid Powers shows that McCarthyism, red-baiting, and black-listing were only one aspect of this struggle and that the movement was in fact composed of a wide range of Americans—Jews, Protestants, blacks, Catholics, Socialists, union leaders, businessmen, and conservatives—whose ideas and political initiatives were rooted not in ignorance and fear but in real knowledge and experience of the Communist system.

“Not Without Power is superbly written and richly detailed. Perceptive and thoughtful, it is an impressively thorough and valuable book.”—David J. Garrow

“One of the contributions of [Powers’s] provocative narrative history is to bring to life certain segments of anti-Communist opinion that have largely been forgotten.”—Sean Wilentz, New York Times Book Review

“[Powers] makes extensive use of primary sources and uncovers much that is new. He vividly recreates the complex relationships within and between several ethnic and radical communities within the United States, including their firsthand and often disillusioning experience with communism. . . . The depth and range of his work add a great deal to knowledge.”—Journal of American History

“A valuable, well-executed study and summation of a vast topic, one whose various threads the author has woven into a rich tapestry.”—Richard M. Fried, Reviews in American History