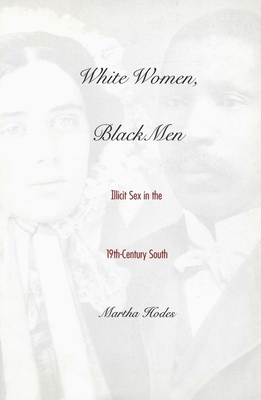 Illicit Sex in the Nineteenth-Century South

"[A] fascinating survey of interracial relationships in the South between the 1680s and the 1880s. . . . Enthralling."—David Nicholson, Washington Post

This award-winning book is the first to explore the history of a powerful category of illicit sex in America’s past: liaisons between Southern white women and black men. Martha Hodes tells a series of stories about such liaisons in the years before the Civil War, explores the complex ways in which white Southerners tolerated them in the slave South, and shows how and why these responses changed with emancipation.

Hodes provides details of the wedding of a white servant-woman and a slave man in 1681, an antebellum rape accusation that uncovered a relationship between an unmarried white woman and a slave, and a divorce plea from a white farmer based on an adulterous affair between his wife and a neighborhood slave. Drawing on sources that include courtroom testimony, legislative petitions, pardon pleas, and congressional testimony, she presents the voices of the authorities, eyewitnesses, and the transgressors themselves—and these voices seem to say that in the slave South, whites were not overwhelmingly concerned about such liaisons, beyond the racial and legal status of the children that were produced. Only with the advent of black freedom did the issue move beyond neighborhood dramas and into the arena of politics, becoming a much more serious taboo than it had ever been before. Hodes gives vivid examples of the violence that followed the upheaval of war, when black men and white women were targeted by the Ku Klux Klan and unprecedented white rage and terrorism against such liaisons began to erupt. An era of terror and lynchings was inaugurated, and the legacy of these sexual politics lingered well into the twentieth century.

Martha Hodes is assistant professor of history at New York University.
Loading...
or
Not Currently Available for Direct Purchase