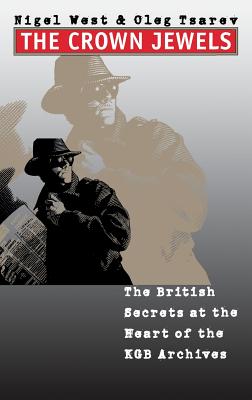 The British Secrets at the Heart of the KGB Archives

This lively account of Soviet foreign intelligence activity in Great Britain during the Cold War is based on documents newly released from the KGB archives, their “crown jewels,” as the KGB unofficially called its most valuable assets. Written by Nigel West, called by the Sunday Times “the unofficial historian of the secret services” and Oleg Tsarev, a former KGB lieutenant colonel, The Crown Jewels provides much new information on the activities of all the well-known British pro-Soviet spies, including Kim Philby, Guy Burgess, Donald Maclean, and Anthony Blunt, as well as many lesser-known spymasters and recruiters, reproducing many of their reports for the first time.


The book adds unsuspected dimensions to the famous Cambridge ring (including details of Burgess’s offer to murder his fellow conspirator Goronwy Rees). It also reveals a completely unknown Soviet network based in London and headed by a named Daily Herald journalist; describes the huge scale of Soviet penetration of the British Foreign Office from 1927 to 1951; explores a previously unknown spy ring in Oxford; and tells about the key role played by Blunt in supervising post-war Soviet espionage activities in London.