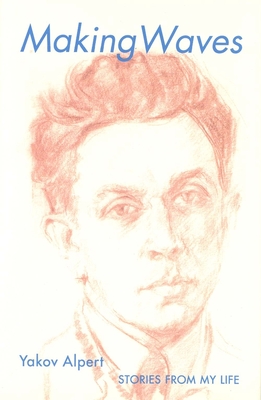 Yakov Alpert (b. 1911) has been making waves all his life—in scientific laboratories, where his pioneering work as a radio physicist earned him world renown, and in the Soviet Union, where he defied the repressive Soviet regime, became a refusnik and a dissident, and at the age of 76 finally won permission to emigrate to the United States. Alpert tells in this gripping personal memoir what it was like to be a scientist during the entire life cycle of the Soviet Union. His account provides a uniquely revealing look inside the Soviet scientific community, a firsthand view of Soviet society from postrevolutionary days to the nation’s ultimate collapse, and a thought-provoking description of how scientists and citizens responded, some bravely and some cravenly, to the repression and anti-Semitism of the Soviet regime.

Yakov Alpert, a pioneer in several fields of radio and space plasma physics, participated in Sputnik I and many other Soviet satellite projects in the 1960s and 1970s. He hosted the officially banned refusnik scientific seminars in Moscow in the 1980s and emigrated to the United States in 1987. He is now senior scientist at the Harvard-Smithsonian Center for Astrophysics.
Loading...
or
Not Currently Available for Direct Purchase