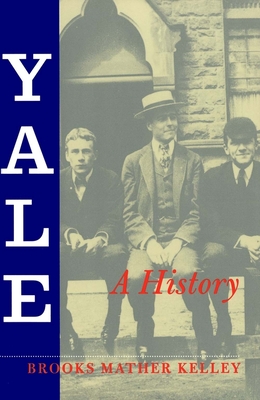 This lively history of Yale traces the development of the college from its founding in 1701 by a small group of Puritan clergymen intent on preserving the purity of the faith in Connecticut, to its survival in the eighteenth century as a center for intellectual life, to its expansion in the nineteenth and twentieth centuries as a major international university.

"For tasting one of the well-springs of a peculiarly American version of higher learning, Yale: A History is clearly to be recommended to readers anywhere. It will be read with profit as well as enjoyment."—Times Higher Education Supplement

"Kelley sustains [his] theme well and reconstructs the institutional development of Yale with considerable skill and empathy. . . . A very informative book."—Journal of American History

"Useful both for those primarily interested in Yale as an institution and for students of the history of higher education generally."—The Historian

Brooks Mather Kelley, a research affiliate in history at Yale University, has also held numerous other positions there, including university archivist and curator of historical manuscripts.