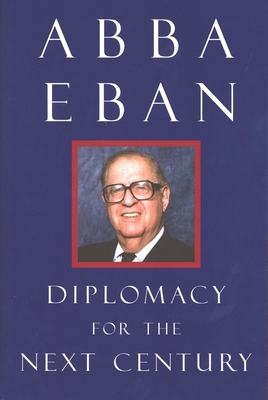 Diplomacy for the Next Century (Castle Lecture Series)

In this wise and eloquent book, one of the world’s preeminent senior statesmen presents his views on the challenges of diplomacy in the post-Cold War era. Abba Eban, who has been Israel’s ambassador to the United Nations and to the United States as well as the foreign minister in several Israeli governments, draws on his years of experience and knowledge to offer an overview of diplomacy as practiced in today’s world.

Interweaving historical data with personal reminiscences, Eban reviews the Cold War period and its end in 1989, praising the diplomatic restraint in the years that have followed; discusses the ethical confrontation between power and conscience in a wide range of international decisions and actions; and points out the difficulty of reconciling the promotion of universal human rights with respect for national sovereignty. Eban goes on to deplore the lack of privacy in international negotiations that is the result of an increasingly intrusive media, shows that nuclear warfare is not a restraint against frequent military intervention, and warns against inflated views of what can be expected from the United Nations. He concludes with thoughts about the quest for peace in the Middle East.

Instructive, erudite, and witty, Eban’s tour through diplomatic history vividly demonstrates that the wisdom of the past can be immensely valuable as we seek to negotiate and maintain peace in the future.