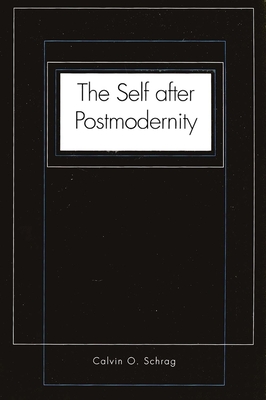 The Self after Postmodernity

Sketching a new portrait of the human self in this thought-provoking book, leading American philosopher Calvin O. Schrag challenges bleak deconstructionist and postmodernist views of the self as something ceaselessly changing, without origin or purpose. Discussing the self in new vocabulary, he depicts an action-oriented self defined by the ways in which it communicates. The self, says Schrag, is open to understanding through its discourse, its actions, its being with other selves, and its experience of transcendence.

In his discussion, Schrag responds critically to both modernists and postmodernists, avoiding what he calls the modernists' overdetermination of unity and identity and the postmodernists' self-enervating pluralism. He agrees with postmodernist attacks on both the classical theory of the self as a metaphysical substance and the modern epistemological construal of the self as transparent mind, yet he maintains that jettisoning the self as understood in these terms does not mean jettisoning it altogether. The self as subject is not dead, nor are the constitutive features of self-formation and self-understanding. In addressing the role of culture in the dynamics of self-formation, the author offers a critique of Max Weber's and Jürgen Habermas's view of modernity as a radical differentiation of three cultural spheres: science, morality, and art; he adds religion as a legitimate fourth cultural sphere. The overview of Schrag's philosophy that The Self after Postmodernity provides will appeal to readers with an interest in literary criticism and religion as well as philosophy.