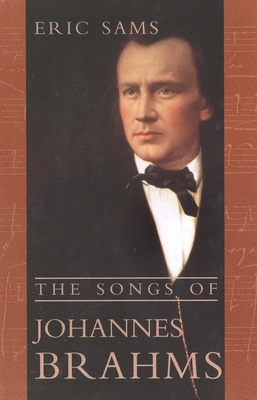 The Songs of Johannes Brahms

In this highly anticipated book, Eric Sams examines each of Johannes Brahms’s 213 songs, translates the texts into English, and provides original commentary on points of musicology and literary detail. Sams here reveals for the first time the full extent of the poetry, fantasy, and humor of the composer’s work. After an introduction to Brahms as a songwriter and to his use of motifs, the book offers a complete song-by-song analysis and will serve as an invaluable companion for students, performers, and listeners alike.

Sams demonstrates how Brahms built a verbal expressiveness from his unsurpassed devotion to musicianship and musicology. Songs were among Brahms’s first and last works, and much of his music is associated with words, whether overt texts or covert allusions. Essential to the composer’s method of songwriting was a harmony between musical form and poetic text. Sams underscores the use of motifs at the core of Brahms’s song-music. He argues that it is not so much with words that Brahms sings to us, but with the very music itself. Brahms became the innovator of an all-pervasive new language in which musical form became a medium for poetic dialogue.

Eric Sams is a world authority on lieder and the author of numerous works of musicology, including The Songs of Robert Schumann and The Songs of Hugo Wolf. He is also the author of The Real Shakespeare and editor of Shakespeare’s Edward III, published by Yale University Press.
Loading...
or
Not Currently Available for Direct Purchase