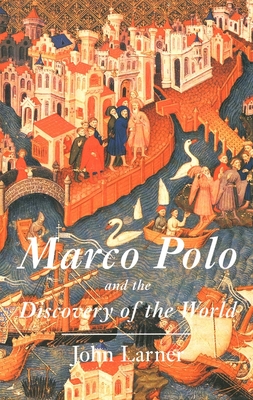 Marco Polo and the Discovery of the World

After many years in Asia, Marco Polo wrote one of the most influential books of the past millennium. No mere travel account, Polo’s Book is a work that played a key role in the development of European overseas expansion. In this engaging and authoritative book, historian John Larner explores for the first time the full range of influence of Polo’s Book on the history of geography and exploration. Larner assesses the findings of modern scholarship and offers an original account of Polo and his family, of how and why the Book came into being, and of its reception over the centuries.

Beginning with a discussion of the extent of European knowledge of Asia early in the thirteenth century, Larner considers what is known about Marco Polo’s life and the composition of his text. He examines the Book’s scope and sources (vindicating its author from recent claims that he never visited China), as well as the nature of Polo’s cooperation with his co-author Rustichello da Pisa. He traces the manuscript forms and translations of Polo’s Book in the Middle Ages, its influence on Western cartographers, its fortunes in the climate of fifteenth-century humanism, the possible extent of its encouragement to Columbus, and its later evolution into such new guises as the object of historical scholarship and exotic curiosity. Finally, Larner provides a fresh view of the enigmatic Polo, who, despite a deliberate cultivation of impersonality, continues today to engage the attention of readers.