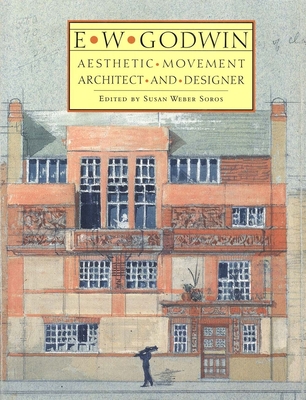 One of the great figures in nineteenth-century English architecture and design, E. W. Godwin (1833–1886) began his career as an architect, later turned to furniture design and decoration, and finally focused on Victorian theater, assuming the roles of costume designer, designer-manager, and critic. In the first section of this book, ten scholars examine Godwin’s multifaceted life and career, discussing his diverse contributions as a design reformer. The second section of the book presents a fully annotated selection of over 150 items that represent the formation and flowering of Godwin’s oeuvre.

Beginning with an overview of Godwin’s life, the book then examines the antiquarian and Japanese sources of his styles. Separate chapters discuss his architectural achievements, from early church restorations to the design of avant-garde house/studios; his contributions to design reform through writings as an architectural journalist; his role as an interior designer and the importance of furniture in his commissions; and the changing nature of the critical attention he received in life and after his death. In subsequent chapters, the contributors focus on particular products Godwin designed, his own work in the Victorian theater, and the achievements of his son, theatrical designer Edward Gordon Craig.

Susan Weber Soros is founder/director of the Bard Graduate Center.
Loading...
or
Not Currently Available for Direct Purchase