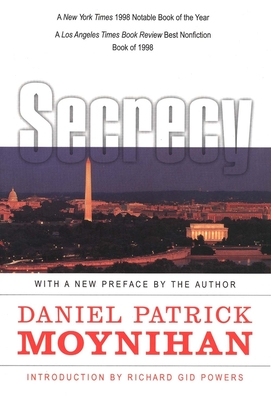 Senator Daniel Patrick Moynihan, chairman of the bipartisan Commission on Protecting and Reducing Government Secrecy, here presents an eloquent and fascinating account of the development of secrecy as a mode of regulation in American government since World War I—how it was born, how world events shaped it, how it has adversely affected momentous political decisions and events, and how it has eluded efforts to curtail or end it. Senator Moynihan begins by recounting the astonishing story of the Venona project, in which Soviet cables sent to the United States during World War II were decrypted by the U.S. Army—but were never passed on to President Truman. The divisive Hiss perjury trial and the McCarthy era of suspicion might have had a far different impact on American society, says Moynihan, if government agencies had not kept secrets from one another as a means of shoring up their power. Moynihan points to many other examples of how government bureaucracies used secrecy to avoid public scrutiny and got into trouble as a result. He discusses the Bay of Pigs, Watergate, the Iran-Contra affair, and, finally, the failure to forecast the collapse of the Soviet Union, suggesting that many of the tragedies resulting from these events could have been averted had the issues been clarified in an open exchange of ideas. America must lead the way to an era of openness, says Moynihan in this vitally important book. It is time to dismantle the excesses of government secrecy and share information with our citizens and with the world. Analysis, far more than secrecy, is the key to national security.