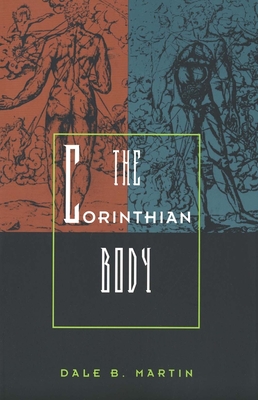 In this intriguing discussion of Paul's first letter to the Corinthians, Dale Martin contends that Paul's various disagreements with the Corinthians were the result of a fundamental conflict over the ideological construction of the human body.

According to Martin, most Corinthian Christians and Paul himself saw the body as an entity that could be permeated by different pollutions. Other members of the Corinthian church, however, viewed the body as hierarchical—as a microcosm of the universe—and were not particularly concerned about body boundaries or pollution. These differing views of the human body (and also of the church as the body of Christ) led to differing opinions on a variety of subjects—including the role of rhetoric and philosophy in a hierarchical society, the eating of meat sacrificed to idols, prostitution, sexual desire and marriage, and the resurrection of the body. Martin explores these conflicts by drawing on ancient medical writings, modern anthropological approaches, and feminist and ideological methods of critical analysis. He shows how Paul's understanding of the body prevailed among the less well-educated inhabitants of the Roman Empire, who occupied relatively low socioeconomic levels. The minority who espoused the ideas of hierarchy, on the other hand, were usually of higher social status and were better educated. And it was along these same class lines, Martin argues, that the Corinthian church itself was divided.

Dale B. Martin, assistant professor of religion at Duke University, is also the author of Slavery as Salvation, published by Yale University Press.
Loading...
or
Not Currently Available for Direct Purchase