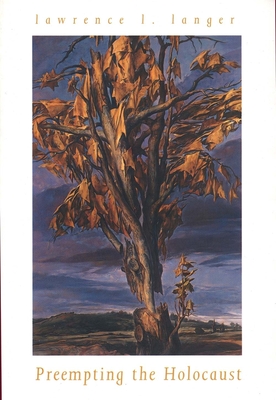 Lawrence L. Langer, perhaps the most important literary critic of the Holocaust, here explores the use of Holocaust themes in literature, memoirs, film, and painting. Among the authors he examines are Primo Levi, Elie Wiesel, Cynthia Ozick, Art Spiegelman, and Simon Wiesenthal. He appraises the art of Samuel Bak, considered by many the premier Holocaust painter of our time, and assesses the “Holocaust Project” by Judy Chicago. He also offers a critical interpretation of Undzere Kinder, a neglected but important Yiddish film made in Poland after the war about Holocaust orphans.

Langer focuses his attention on a variety of controversial issues: the attempt of a number of commentators to appropriate the subject of the Holocaust for private moral agendas; the ordeal of women in the concentration camps; the conflicting claims of individual and community survival in the Kovno ghetto; the current tendency to conflate the Holocaust with other modern atrocities, thereby blurring the distinctive features of each; and the sporadic impulse to shift the emphasis from the crime, the criminals, and the victimized to the question of forgiveness and the need for healing. He concludes with some reflections on the challenge of teaching the Holocaust to generations of students who know less and less of its history but continue to manifest an eager curiosity about its human impact and psychological roots.