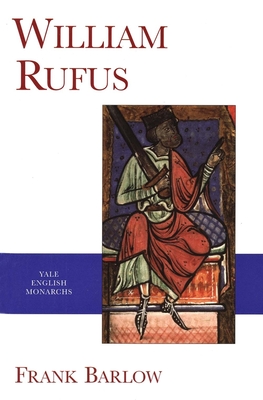 William II, better known as William Rufus, was the third son of William the Conqueror and England’s king for only 13 years (1087–1100) before he was mysteriously assassinated. In this vivid biography, here updated and reissued with a new preface, Frank Barlow reveals an unconventional, flamboyant William Rufus—a far more attractive and interesting monarch than previously believed. Weaving an intimate account of the life of the king into the wider history of Anglo-Norman government, Barlow shows how William confirmed royal power in England, restored the ducal rights in France, and consolidated the Norman conquest.

A boisterous man, William had many friends and none of the cold cruelty of most medieval monarchs. He was famous for his generosity and courage and generally known to be homosexual. Licentious, eccentric, and outrageous, his court was attacked at the time by Anselm, archbishop of Canterbury, and later by censorious historians. This highly readable account of William Rufus and his brief but important reign is an essential volume for readers with an interest in Anglo-Saxon and medieval history or in the lives of extraordinary monarchs.

Frank Barlow is emeritus professor of history at the University of Exeter, England, and author of many major books on medieval history, including Edward the Confessor.
Loading...
or
Not Currently Available for Direct Purchase