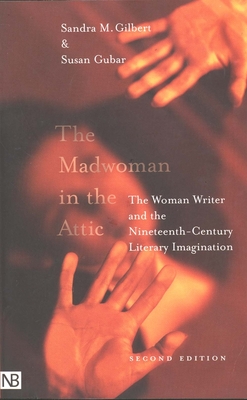 The Madwoman in the Attic

The Woman Writer and the Nineteenth-Century Literary Imagination

An analysis of Victorian women writers, this pathbreaking book of feminist literary criticism is now reissued with a substantial new introduction by Sandra Gilbert and Susan Gubar that reveals the origins of their revolutionary realization in the 1970s that "the personal was the political, the sexual was the textual."

"The classic argument for a women’s literary tradition."—Scott Heller, Chronicle of Higher Education

"The authors force us to take a new look at the grandes dames of English literature, and the result is that they will never seem quite the same again."—Le Anne Schreiber, New York Times Book Review

"The Madwoman in the Attic, The Woman Writer and the Nineteenth-Century, originally published in 1979, has long since become a classic, one of the most important works of literary criticism of the 20th century. This new edition contains an introduction titled 'The Madwoman in the Academy' that is, quite simply, a delight to read, warmly witty, provocative, informative and illuminating."—Joyce Carol Oates, Princeton University

"A groundbreaking study of women writers. . . . The book brought the concerns of feminism to the study of female writers and presented the case for the existence of a distinctly feminine imagination."—Martin Arnold, The New York Times

"The authors are brilliant academics but they wear their erudition lightly. It remains imperative reading for those who want to understand better the grandes dames of English literature, and is still one of the most powerful pieces of writing from a feminist point of view. Argumentative, polemical, witty and thought-provoking, this is a book which will make the reader return to the original texts." —Yorkshire Post (Leeds)

"A feminist classic and still one of the best books on the female Victorian writers."—Judith Shulevitz, New York Times Book Review