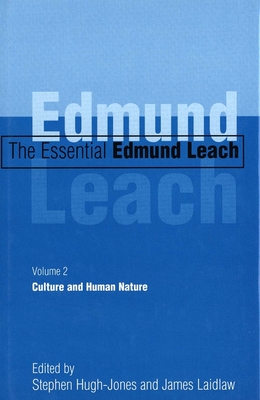 The aim of these two volumes is to bring together a representative selection of the writings of Edmund Leach (1910–1989), a brilliant and prolific anthropologist known not only in his field but to the educated public at large. Leach perceived anthropology as a vital and broadly based study of the human condition, encompassing methods and ideas from the natural sciences, the social sciences, and the humanities. His writings reflect the conviction that anthropology is of direct and practical importance to social policy and political debate. These two volumes present more than fifty items—many difficult to obtain and several never before published—displaying the considerable range of Leach’s anthropological interests, the debates he provoked, and the issues he championed.

Culture and Human Nature reflects the changing focus of Leach’s academic interests, away from a concern with politics, kinship, and social structure toward a structuralist analysis of myth and symbolism and an interest in Freudian psychology. These cogent and provocative pieces shed light on less well-known subjects of Leach’s interest: material culture, art, and cross-cultural aesthetics; the body and the senses; race, ethnocentrism, and the origins of conflict and violence.

Alongside such celebrated pieces as “Magical Hair,” the volume also offers a group of Leach’s popular writings and lectures, showing how he applied ideas developed in academic argument to wider public debate—about controversial court cases, current events, and issues ranging from children’s fiction and education to urban planning. Whether addressing an issue as topical as the death of Winston Churchill or as theoretical as the philosophy of Lévi-Strauss, Leach unfailingly leads the reader on a thought-provoking journey.

Stephen Hugh-Jones and James Laidlaw teach in the department of social anthropology at Cambridge University and are fellows of King’s College, of which Leach himself was Provost.
Loading...
or
Not Currently Available for Direct Purchase